The Davy UK partnership with the Queen’s Student Managed Fund celebrates its 5-year anniversary as the Fund continues to go from strength to strength. 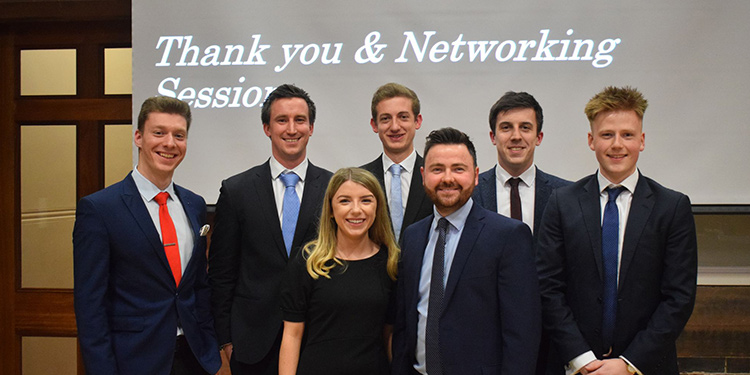 When you want to learn how to ride a bike, you reach for a bike (and a helmet!) and give it a go – if you fall, you quickly learn how not to do it and you go again. If you want to be a journalist, you join the university newspaper with feedback from the editor and accountability from the readers; as a musician, you join a band and subject yourself to the crowd, and for medicine your training involves work in hospitals as a part of your study, with an acute understanding of the consequences of mistakes.

Learning by doing is commonplace in almost all industries, but what happens when your passion is financial markets? Blindly risking your money for the experience of making decisions under pressure is not advisable or practical and so typically, the first real exposure to impactful financial decisions doesn’t come until you have your first job. 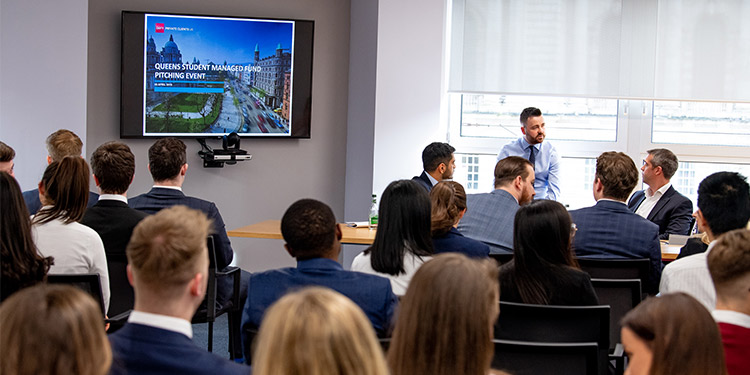 Over the past five years, as the primary sponsor of the Queen’s Student Managed Fund (QSMF), Davy UK has worked closely with the lecturers at the University to help to provide access to the responsibility and accountability that comes with managing real money to students across all disciplines who have an interest in financial markets.

Though a long-standing and incredibly popular idea in the United States, with some funds having access to millions of dollars in donated assets, student led funds are still rare in the UK and Ireland. In fact, the only two on our island are the Trinity College Dublin and Queen’s Student managed funds, both of which are supported by the Davy Group.

The idea is simple; by giving students access to capital, a proper fund structure, real decision-making responsibilities, and a similar hierarchy to an actual financial institution, you encourage a level of active learning that is not possible in just the classroom. 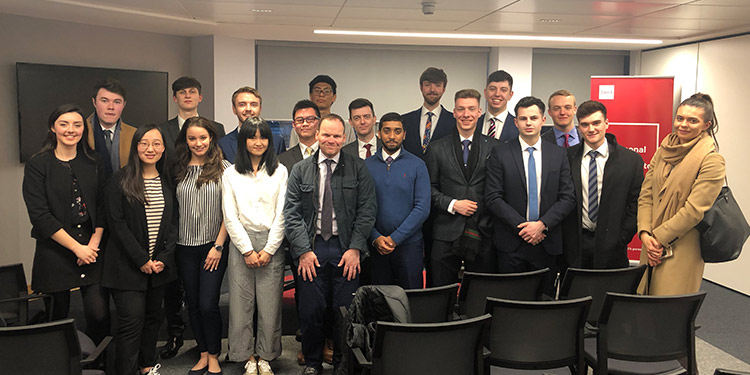 The QSMF has a team of around 150 student analysts, all with access to professional tools such as Bloomberg and Dataset. The hierarchy, like any other fund, involves student appointed sector heads, economists, and a management committee. To be selected for the committee students must produce an industry standard analyst report, followed by rounds of interviews conducted by lecturers and staff at Davy UK.

The student fund has an annual general meeting, where students get to provide a market update alongside Davy Group Strategists and have the opportunity to speak about their progress, with equal emphasis on fund performance and personal development in front an audience of up to 200 people. The students can also contribute a piece to the fund’s annual report, which contains much of the analysis and commentary that you would expect from a professional fund.

The highlight of our involvement is the annual stock pitching event, held in our offices (or virtually this year). The students bring together their research from the year on the stocks within their portfolio and explain their recommendations. After outlining their thesis, the students are put through an extensive Q&A from a panel of experienced Davy Group staff, a task which would be otherwise daunting to young adults of their age. The experience of critically analysing, succinctly communicating, challenging, and defending their research against seasoned professionals gives these students a head-start in their pursuit of a career in finance. 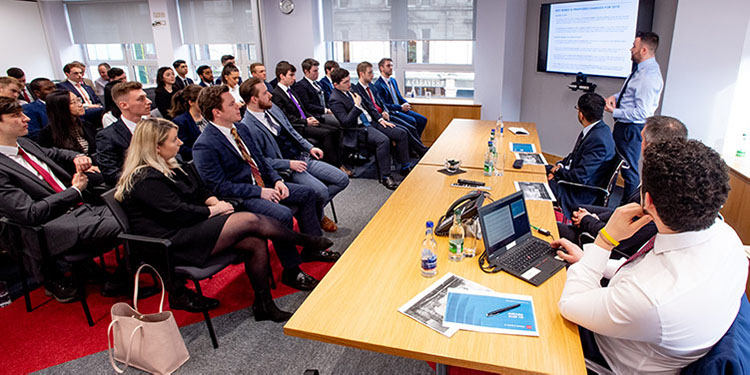 When the lecturers from the from Queen’s Management School originally launched the fund, they had five driving principles, which resonated with Davy UK as a group and compelled our support.

In finance, there are lots of rules about what you should do and how you conduct your analysis. Traditional learning is important as these relationships, formulas and concepts can often be quite complicated. The challenge with the theory, is that it often relies on perfect models, equilibrium in markets or assumptions that in practice may turn out to be different.

The benefits of collaboration that you get in the QSMF, through your peers and under the guidance of the oversight committee and staff at the Davy Group reach far beyond the hard skills you learn through academics and are essential in order to be successful.

At the Davy Group, we have a highly competitive graduate programme and it is no surprise that in both in Belfast and Dublin, more and more of the candidates who make an impression were previous members of the student managed fund. For the students, it doesn’t stop with the Davy Group and their experiences have helped former fund members secure roles at other, highly competitive institutions such as Goldman Sachs, JP Morgan, Morgan Stanley, and Citadel Securities.

Socially responsible investing, though growing more popular, is something that was not really a part of the curriculum as recently as when I completed my Master’s in finance in 2015. The QSMF has social responsibility built into the funds ethos and gives students the opportunity to think about the role that financial markets play in a responsible future.

The fund bolsters the international excellence of not just of the University, but the students too. We hope that with our support of the fund, it will continue to produce standout candidates for whatever career that they choose to pursue.

Finally, it would be remiss of us to talk about a fund and not make a comment on its performance. In their five-year history, the students have comfortably outperformed their FTSE 350 benchmark.

For the students though, whilst a badge of honour, performance of the fund is clearly not everything. Instead it is the hands-on experience, coupled with the life-skills, that will benefit them the most and will allow them to prosper and excel in their future careers.